With the spring, comes longest nights. Meaning several nights watching TV series and movies, while devouring a bowl of popcorn. We bring you a list of series and movies that will bring you hours of fun and, of course, a lot of alegria.

In need of a good laugh? Or of a TV series or a movie that gives you that sense of good feeling? So pay attention, we definitely have a list of TV series and movies that will make you laugh, feel good, with characters that will leave you longing.

Check out six TV series to do a big binge-watching while having a good laugh.

Fleabag is the kind of person we could call, in Portuguese, “a burning house”. It is disorganized, completely impulsive and, like real people, carries too much baggage. This TV series is about people, about interactions, about the problems that we all have. However, it is extremely comical and shows that difficult situations always end up being resolved. In a nutshell: everything will be fine.

Ilana and Abbi are two best friends – BFFs we would say – in their 20’s living in New York. His adventures are everything you can imagine about: crazy, fun, incredible, and full of “I want to dig a hole to hide myself” moments. We dare you to watch an episode without laughing. Spoiler: it’s impossible.

Workaholics is the TV series you didn’t know you needed. The synopsis is simple: three friends who work together in a call center from 9 to 5, and who live together from 5 to 9. Blake, Adam and Anders are three young people fresh out of the university world who are discovering for the first time how is to be an adult. However, they are not prepared to leave their student behaviors … that is, get ready for a lot of partying, lots of games and, above all, lots of laughter.

Imagine a couple living in a super traditional suburb. Nothing much, right? But what if this couple was preparing to open the relationship? Does it look interesting? Jack and Emma’s neighbors certainly think so too. This TV series is a delightful and an hilarious journey throughout the dynamics of a polyamorous relationship.

Tracy Gordon is a shop assistant who grew up in a hyper-conservative and religious family. At the age of 24, she decides that she will lose her virginity, but the problem is that she has no idea how to do it. Fortunately, Tracy has her best friend Candice to ask for advice. However, it seems that the more you learn, the less you know. A must-see British comedy.

Rebecca is a young lawyer who lives and works in New York. One day, after receiving an important promotion, she panics and happens to meet his ex-boyfriend from high school. Josh, the ex, tells her he is moving to California and this is where Rebecca’s adventure begins. Determined to regain her first love, she also moves to California after him, and yes, she becomes the Crazy Ex-Girlfriend.

And for a change of scenario, check out these 5 films, as well, that will fill your measurements and bring a lot of alegria. Some may even pull out a teardrop  – but, don’t worry, they’re happy teardrops! 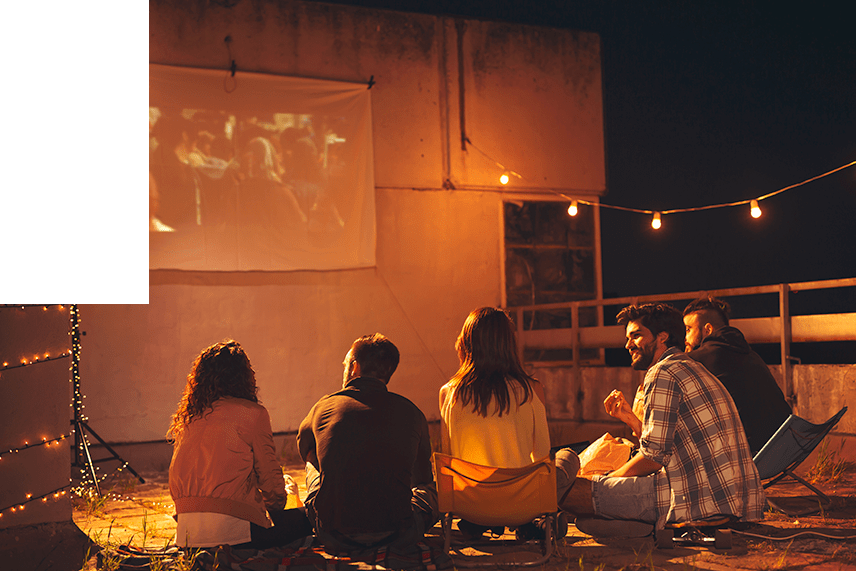 Frances is a 27-year-old dancer who lives in Brooklyn with her best friend Sophie. Like many people of her generation, Frances is completely broke and needs to find a new apartment to live in after her housemate leaves her. In her search for a home that she can afford, Frances takes us through the vibrations and feelings of a millennial who doesn’t quite know what to do with her life. Tender, hilarious and very cute, this is a must-see.

Despite being an oldie, this film is an absolute goldie! In 1990, Alex’s mother wakes up from a prolonged coma in a new Germany. To protect her from the shock, her son does everything to keep her from noticing the changes in the country. Immensely tender, this film is one of those that will make you shed several tears of happiness.

Craig, 16, is going to a psychiatric clinic due to various emotional problems. However, the hospital has closed the pediatric ward and Craig must be in the adult ward. There he meets Bobby (the incredible Zach Galifianakis), an adult with several mental problems who becomes his mentor. Despite dealing with real situations like mental health, this film will make you laugh so hard and leave you with a feeling of hope … just how we like it.

Ben and George get married after 39 years together, but despite the happy occasion, not everyone shares the same feeling. George is a music teacher at a Catholic school, and when the management finds out that his marriage was to a man, he is fired. Bankrupt, the couple lose their home and have to temporarily split up to go live with friends and family. A romantic drama that shows that love can be a very strange place.

Any film that puts together Joseph Gordon-Levitt and Seth Rogen is a winner, but this one is at the top. This biographical comedy revolves around 27-year-old Adam (Gordon-Levitt) who discovers he has cancer. His friend Kyle (Rogen) becomes his biggest support. But don’t feel discourage! This film is funny, heartwarming and a portrait of friendship, hope and self-discovery. Unquestionably, a film not to be missed.