Skip to content
Home/Família, Family/Alegria for each family member!
Previous Next

Alegria for each family member!

Family Day has been celebrated on May 15th since 1993, and it arises as a day to not only celebrate the family (obviously), but as a day to appeal to the awareness of the many social, economic and demographic difficulties that many families still feel in the whole world.

Celebrate Family: the perfect Casal Garcia for each member

On Family Day, use a little of your day to honor each member of your family – whether you can be with them in person or not. And the icing on the cake: a toast with the Casal Garcia more suitable for each member (over 18 years old only!). 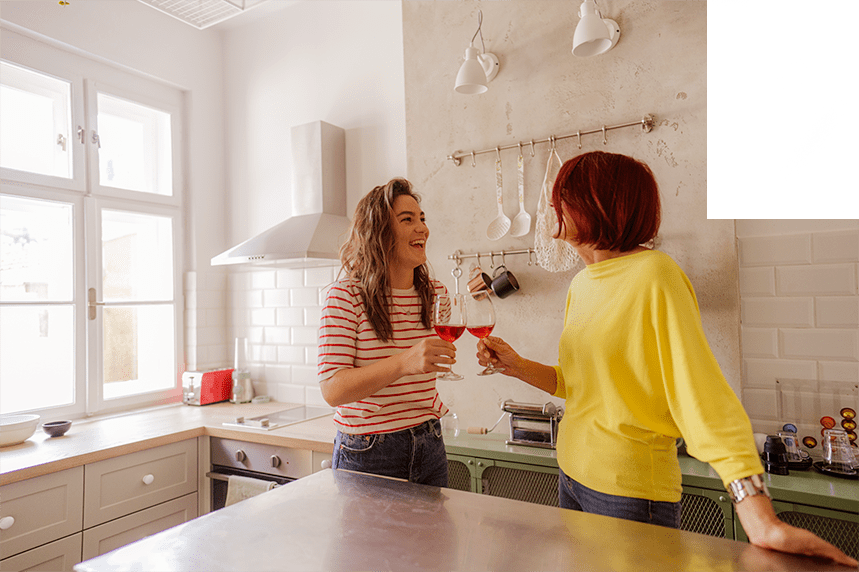 Mother is the one who loves and cares. For that mother who stays awake until you get home, who asks you to send a message “when you arrive”, who is the friendly shoulder, who has to be severe from time to time, who advises, or who would do anything for you, a Casal Garcia Rosé! Like the Mothers of this world, it is a mixture of strength and sweetness.

Being a father means many things. From the “taxi father” who took all your friends home, to the adviser father, who gives you the most varied lessons for life. Sometimes, being a father means being worried, other times it means bursting with pride and admiration. We can never forget the phenomenal dad jokes, the socks on the beach, the never asking for directions, and the ability to predict the weather. Now for the father, a Casal Garcia Red, for sure! Made for young at heart people! 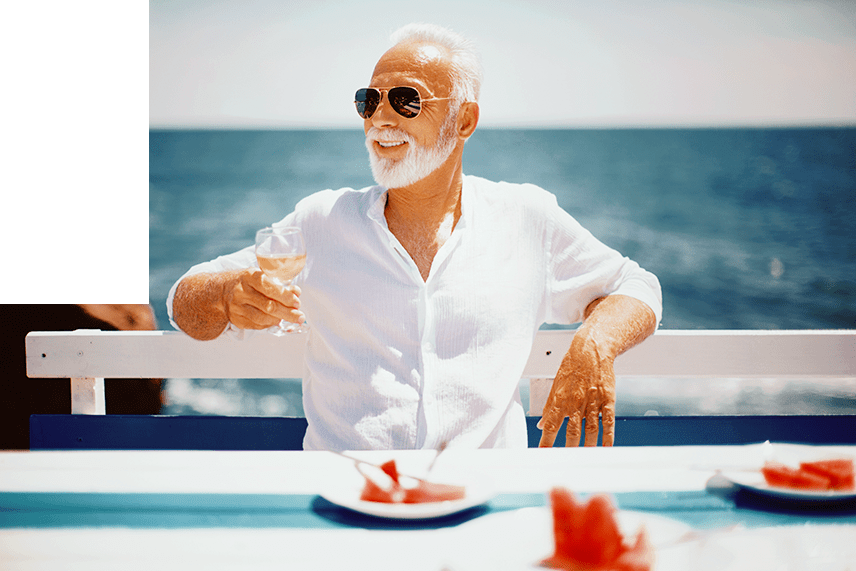 Being a grandmother is being a mother twice, it is not easy. If your grandmother is the one who worries about your thinness whenever she sees you, who makes cookies and tea when you go to visit, who has a garden full of colors that makes you jealous, who pinches you on the cheeks even when you are already a grown up and always have a friendly word to give, we think she deserves a Casal Garcia Sweet. Sweet, sweet, sweet, like only a grandmother knows how to be, and happy as only she should be.

For the single aunt, or for the married aunt, the aunt with children or the aunt who travels the world, the perfect Garcia Garcia is obvious: a Casal Garcia Sparkling White. Why? We all know that the aunt was always the one who hid some money “for an ice cream” in your coat pocket, or who offered that piece of clothing that you really wanted when you were a teenager. And, without going into too much detail, we also know that it was your aunt who helped you out of that mess, without telling your parents anything … Yeah, we knew you knew.

What is your type of uncle? The one that never picks up the phone in time? The one that asks you for help with the computer? The uncle who takes you out? The uncle you spend the summer with? Mother’s brother, father’s brother, or uncle by affinity – it doesn’t matter! A good old Uncle, the one that also closes his eyes every now and then so you won’t get punished, deserves a toast with Casal Garcia Sweet Red.

There are only two options for this cousin: the cousin-best-friend-sister, or the archenemy cousin. There is no middle ground. Your childhoods were spent causing trouble and keeping secrets, or in an true boxing ring. However, we know that despite everything, that cousin was always there and the differences are put aside when really needed. Thus, the cousins have to be celebrated big time: with a Casal Garcia Sparkling Rosé  – special and unique.

Was your favorite band as a child influenced by your cousin? Or, on the other hand, was his favorite band shown to him by you? With or without pranks, a cousin is a kind of brother with whom we rarely argue. Sometimes the cousin is the best friend, and in case you don’t have brothers, it’s the brother you never had. This cousin deserves to be celebrated with a Casal Garcia Sangria Red  – in a large glass, with a cinnamon stick and an orange slice! 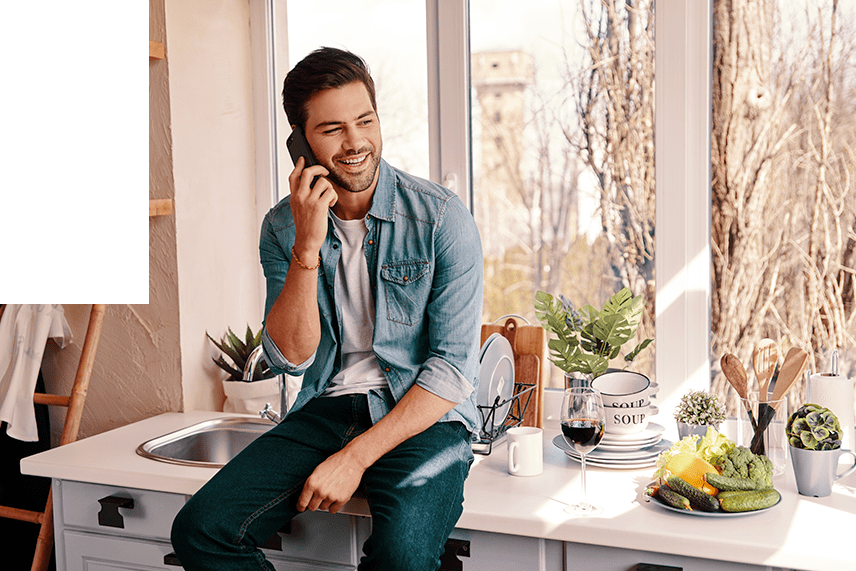 If it is older, is the protector; if it’s younger, he is protected by you. Whether he hidden you from a ruffian, or you had to confront the ruffian who has been bothering him, the relationship with a brother is always one of friendship, despite all the games and anger. To this brother give him Casal Garcia Sangria White; add some mint leaves and a lemon peel and, of course, a thank you for being who you are. 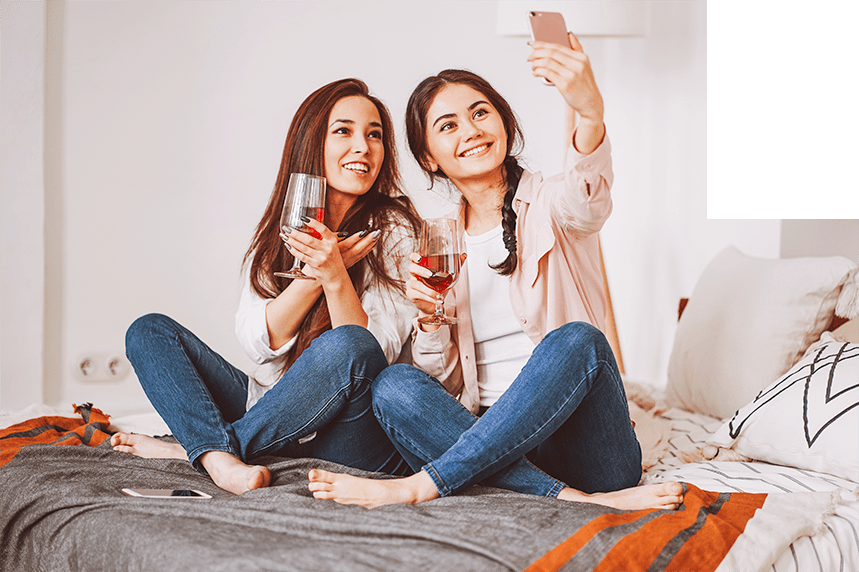 The sister is always  – and we repeat, always!  – a best friend who occasionally acts like a Nemesis. That’s life. One moment you are arguing, the next you are laughing non-stop. For all the sisters who helped with the homework, who held eternal grudges to those who hurt you, who complained to your mother, and who told you everything your crush was doing, the ideal gift is a Casal Garcia Sangria Red Berries  – but pay attention, it is to be shared!

Celebrate your family with loads of Alegria!